Merrilee is obtained by choosing her as your starter Eidolon.

"Master and I are like roses frozen in time, beautiful and blooming forever."
"Don't you think so master? We'll be together for a long, long time!"

"The weather's been too terrible lately, my hair looks awful."
"If only I had a special flower that makes silky-smooth conditioner..."
"Collecting these items is tough! Master must really care about me."

"Speaking of conditioner, I've heard that collagen can make hair smooth and luxurious."
"Wow! Are these for me? Thank you! Merrilee is overjoyed."

"What types of things do girls like? Master has a crush on someone. Hmm..."
"I've heard that girls love shiny, sparkly gems!"
"No way, is that for me?! Merrilee is overjoyed."

"To really impress your partner, send her a handmade dish."
"Merrilee could give Master a few tips... giving her these items is sure to be a hit!"
"And now - Merrilee's cooking lesson. But remember, the most important ingredient is sincerity!"

"Great love is often born on the battlefield, you know."
"Girls can't resist a brave fighter. Talk about spoils of war!"
"Wow, Master is so amazing! Even I can't help falling in love."

"Serif's been so nice lately, and I'd love to get him something as a token of gratitude..."
"Ah, I have an idea! But I might need a hand getting some of the materials..."
"Wonderful, thank you! I really hope Serif likes it." 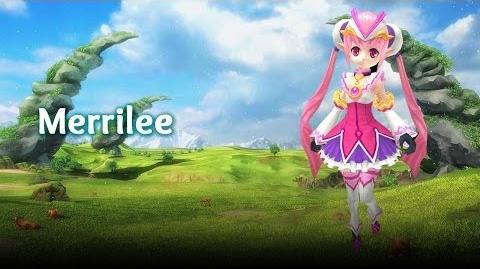 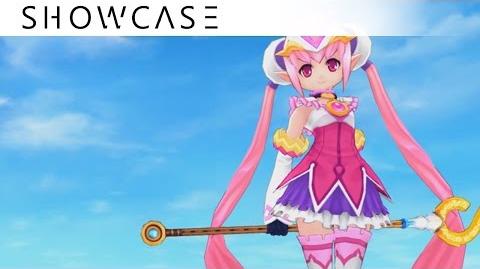 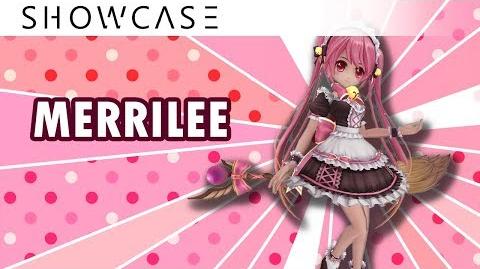 Merrilee is based on Eve, the first woman according to the creation myth and Abrahamic religions.

Retrieved from "https://aurakingdom.fandom.com/wiki/Merrilee?oldid=53983"
Community content is available under CC-BY-SA unless otherwise noted.