This blazing nine-tailed fox is imbued with the power of the sun itself. It's said that only true heroes are able to withstand the overwhelming heat needed to ride this mythical beast.
Right-click to ride on the mount and increase Move SPD. 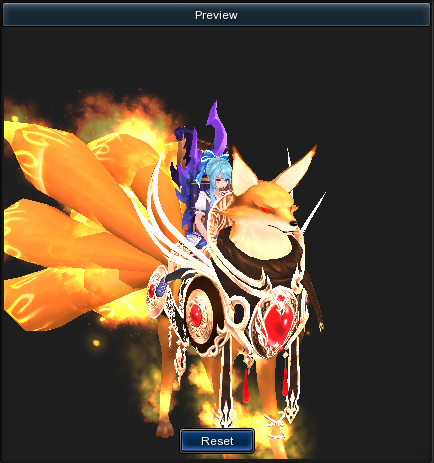 Retrieved from "https://aurakingdom.fandom.com/wiki/Sunfire_Kitsune?oldid=46868"
Community content is available under CC-BY-SA unless otherwise noted.