Start
"I heard there are many different minerals in the human world. Maybe some of them can be used for weapons."
"It must be fun to try building with different materials!"
Finish
"... Did you find this? I, I didn't ask you to do such things!"
"But since you have brought them, I hate to see them wasted!"

Start
"Well, who can compete with my nobility, the One-Handed God of War?"
"... What's that look? Origin and intrinsic ability are the most important traits!"
"Height... is nothing!"
Finish
"... I won't thank you for this!"
"What? Bealdor did this to become taller? Well, I'll try it..."

Start
"Fenrir wants to try something new... Didn't he like the biscuits before?"
"I heard there is a wide range of ingredients in the human world."
"If I can get it, I may be able to create a new recipe."
Finish
"Oh! These are the ingredients from the human world... Fenrir will be thrilled!"
"Well, I'm thanking you on his behalf."

Start
"Damn, something is missing... I won't be able to finish this task for my family!"
"I can't imagine how disappointed Father Odin will be..."
Finish
"This... Did you find this? Who told you to do such a dangerous thing!"
"... Anyway, I will talk to Father Odin. It's an shared honor."

To see this Eidolon's Linking, Conversative, and Non-Conversative conversations click this link below. 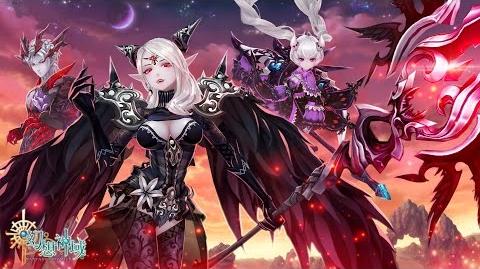 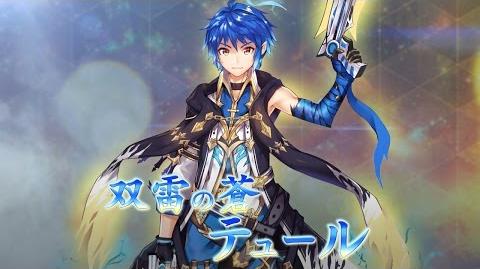 Tyr is a god associated with law and heroic glory in Norse mythology, portrayed as one-handed. According to the Poetic Edda and Prose Edda, at one stage the gods decided to shackle Fenrir, but the beast broke every chain they put upon him. Eventually they had the dwarves make them a magical ribbon called Gleipnir. Fenrir sensed the gods' deceit and refused to be bound with it unless one of them put his hand in the wolf's mouth. Tyr, known for his great wisdom and courage, agreed, and the other gods bound the wolf. After Fenrir had been bound by the gods, he struggled to try to break the rope. Fenrir could not break the ribbon and, enraged, bit Tyr's right hand off. When the gods saw that Fenrir was bound they all rejoiced, except Tyr. Fenrir would remain bound until the day of Ragnarök. As a result of this deed, Tyr is called the "Leavings of the Wolf"; which is to be understood as a poetic kenning for glory. As a consequence, however, his name is also associated with perjury.

Retrieved from "https://aurakingdom.fandom.com/wiki/Tyr?oldid=51616"
Community content is available under CC-BY-SA unless otherwise noted.